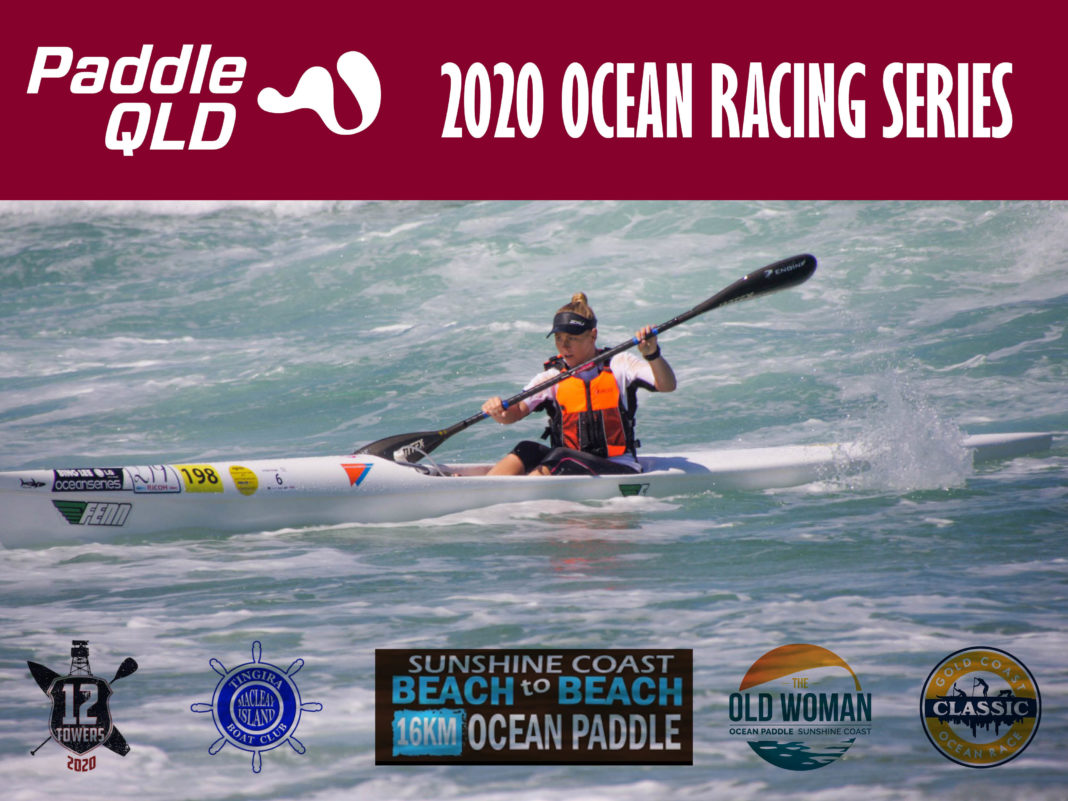 2011 saw the first ever ocean racing series in Queensland and Northern NSW. The series was a coming together of several established events who joined forces to become part of the then Pacific Ocean Series. In 2019 the series underwent major changes including a new name, new events and new partnerships with Paddle 2 Fitness and Paddle Queensland the states voice for paddle sports.

The 2020 Paddle QLD Ocean Racing Series has five (5) events across the South East. The series will run from 7th March to the 19th September and will attract both local, national and international competitors across a number of ocean racing disciplines including ocean skis, surf skis, stand up and prone paddle boards as well as outrigger canoes. With the competitors racing in some of Queensland’s most iconic locations.

The series has been created to increase participation across all events in the ocean racing series by packaging these events into a major series. A series points scoring system will see competitors work towards overall category rankings to determine a series winner amongst age group disciplines, in addition to an overall male and female series winner.

For more details on each event click on the race links below: