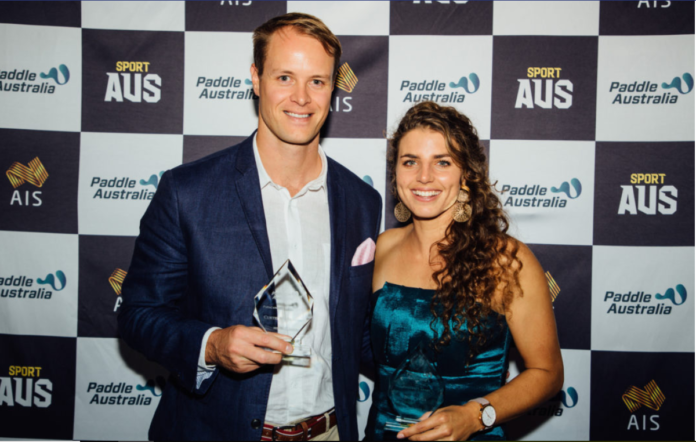 The 2018 Paddle Australia Annual Awards were presented at a Gala Dinner at the Stamford Plaza Sydney Airport on the Saturday 3rd November 2018.

Congratulations to all the finalists and winners.

Paralympic Champion Curtis McGrath won the Paracanoeist of the Year award. Unconquered, McGrath is the most successful male Paracanoeist in the world of paddling and his impressive medal tally over the short period of only four years in the sport, now includes Paralympic gold, eight World Championships gold and one silver medal as he prepares for the Tokyo 2020 Paralympic Games.

The Team of the Year Award went to Queenslanders and Currumbin Creek paddlers Thomas Green and Joel McKitterick, who won the U23 World Champion title in the men’s K2 1000 at this year’s 2018 ICF Canoe Sprint Junior and U23 World Championships. The pair stormed to an impressive gold medal, careering away to win the U23 K2 1000 world title by more than two seconds.

Tom Green was also a finalist for the Paddler Of the Year award after successfully premiering on the Senior Team at only 19-years of age this year and finishing a close fourth in the men’s K4 500 at the ICF Canoe Sprint World Championships.

Cory Hill took out the Paddler of the Year – Non-Olympic Discipline or Category Award.

For a full list of finalists and winners see here.

Credit to Paddle Australia for the photo and material used in this article.