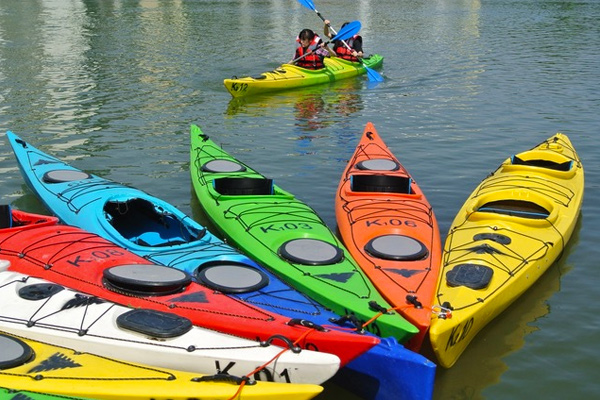 Successful advocacy by sport and recreation sectors in support of our commercial operators has averted a potential bombshell with the proposed introduction of a levy on the unpowered hire-and-drive domestic commercial vessels.
Paddle Australia, Queensland Canoeing and our State Associations, along with the Queensland Outdoor Recreation Federation and respective State recreation counter-parts, were unanimous in responding to government of the devastating impact of the proposed levy on commercial operators and paddlesport participation nationwide.
Thankfully, the Department of Infrastructure issued the following retraction to the introduction of the proposed levy on unpowered hire-and-drive sector of domestic commercial vessels.
“The Government has considered these issues and decided that the unpowered hire-and-drive sector (such as canoes and kayaks) will be exempted from the levy for the national system.”
Well done to the Outdoors and Paddling sectors and Commercial Providers for raising awareness far and wide on this issue!
Proposed levy on unpowered hire-and-drive sector of domestic commercial vessels.
Draft legislation released in late April 2018 by Federal Government proposed application of the levy to the unpowered hire-and-drive sector of domestic commercial vessels. Read a list of concerns (courtesy of Outdoors Victoria).
Despite previous indications, Maritime Safety is now proposing to levy all commercially used vessels including kayaks, canoes and other small craft used for hire or drive. The fees proposed are not insignificant and have the potential to impact both education and tourism operators alike.
URGENT
ACT NOW to oppose new Marine Safety levies
The Department is calling for submissions on the draft proposal and it is VITAL that all operators put in a submission by Monday 30 April 2018.
The department prefers to receive electronic copies of comments and submissions in either PDF or Microsoft Word format. Please email submissions to: nmsr@infrastructure.gov.au.
Alternatively, submissions can be posted to:
Domestic Commercial Vessel Levy Consultation
Maritime and Shipping Branch
Department of Infrastructure, Regional Development and Cities
GPO Box 594
CANBERRA CITY ACT 2601
Public consultation submission details are at:
https://infrastructure.gov.au/maritime/consultation/index.aspx
Please note that we must act swiftly as these changes are planned to take effect on 1st July 2018.
Useful Resources
Legislation – has detailed definitions:
https://www.legislation.gov.au/Details/F2016C00828
Guidance note – for community groups:
https://www.amsa.gov.au/file/2001/download?token=JSos0BBk
IMPORTANT INFORMATION
For owners and operators of unpowered hire and drive vessels

In the 2016 consultation—Cost recovery for services under the National System for Domestic Commercial Vessel Safety—it was proposed to exempt unpowered class 4 hire-and-drive vessels (such as kayaks, canoes, dragon boats and small sailing vessels) from the national system levy. Subsequent to those proposals, and based on further work, it is now proposed that these vessels be included in the levy scheme.
Further to this consultation, the Department of Infrastructure, Regional Development and Cities has this week released the draft levy legislative instruments, or rules.
These rules set out the domestic commercial vessels that will be required to pay a levy, the amount of the levy payable and the schedule of fees for certificates and other related services.