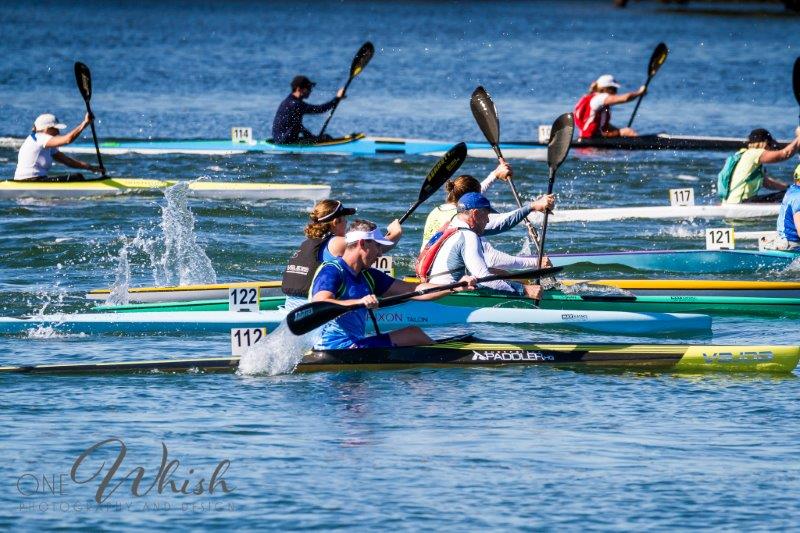 Race divisions^ – How will it all work?

^Subject to change
All Long Distance races will have 7 Divisions. Each paddler will be placed in a division based on their average speed.

For middle distance races 6 Divisions will be offered:

* All new participants are allowed to do 3 races in these Categories before they will be asked to move to a middle distance.
Notes:

Rankings
The committee has looked at paddlers’ time from the 2017 Season and have completed most of the rankings for the 2018 season.
Any paddlers that the committee is unfamiliar with, or unsure of, the committee will use their first race as a ranking race and the paddler will not receive any points for that race.
To move up a division a paddler must have completed 3 races at the speeds of the division above. The decision to move a paddler up a division will be made only by the racing committee.
To be relegated back a division the paddler will have paddled 3 races at the average speed of the division below.  The decision to move a paddler down a division will be made only by the racing committee.
The paddler’s accumulated points will be carried by the paddler to their new division.
The division a paddler finishes in at the end of the year will be the division that the paddler will be eligible for any placings.
If a paddler chooses to race a double they will have to race in the division of the fastest paddler in the boat. (For example, 1st paddler is ranked in Division 3 while the 2nd paddler is ranked in Division 2 then that boat will race in Division 2).
Points
Points will be awarded as follows:

Volunteer points
The committee understands that volunteers are the backbone of this sport and has decided to award 2 points to any volunteer who would normally be racing but is helping out at their own club’s race. These points will also go towards the club trophy.
Accumulative Points
All points earned by paddlers and volunteers will go towards a Club trophy.
All points for each paddler from whichever division they have raced will go towards their own cumulative point score.
The winners will be awarded their prize after the last race of the year.
2018 Marathon Races – Proposed Dates