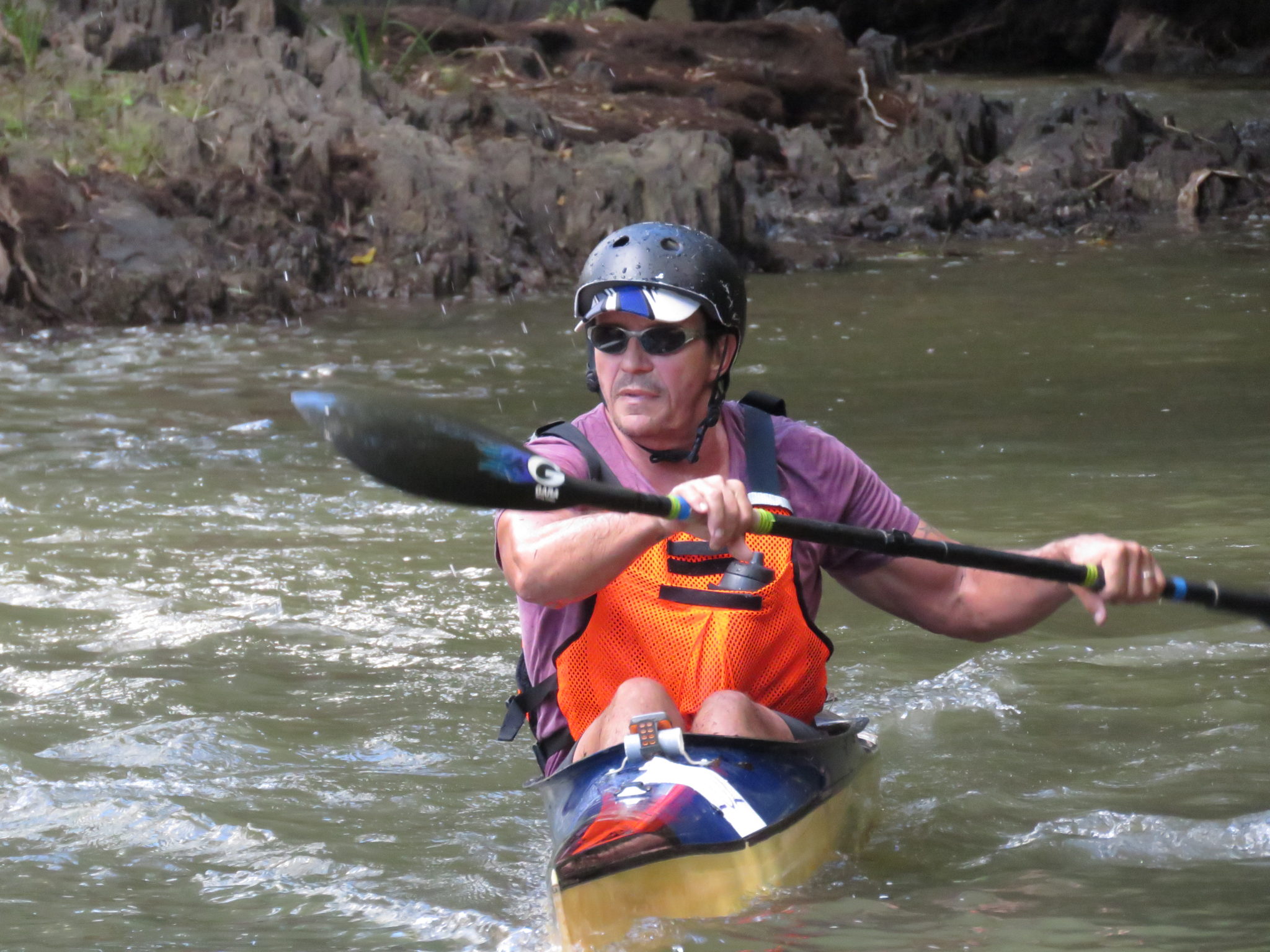 Portage and persistence delivered the title of Barron 2017 to Sunshine Coast paddler Geoff Pearce at the Kuranda beach presentation. Geoff, a regular on the podium at both the BRC50 and the Gregory River Marathon held off an epic charge by Adam Beale on day two of the Marathon paddle. Day one leader- local John van Ryt succumbed to the low water levels, holing his Velox assault on the Clohesy minefield rapids and relying on his initial lead to limp home in front of a rapidly improving Ben Sellers from Townsville.
The new split format, 22km day one followed by a rugged 30km day two opened the door for the introduction of the BRC20 race distance which was won by Townville based John Westcott. Gregory river veteran George Alford picked up a second outright in his first paddle on the Barron and just in front of last year’s Barroness- Miss Jamie Gardiner whose K1-apparently was not tough enough for the 50! Finn Weaver won the BRC12 junior crown for second time displaying improving K1 technique to handle the low 1.30m river levels. Mareeba local Gary Crane held off David Lep to get his image on the BRC12 open trophy.
The biggest smile of the weekend came from Riley Butler who pulled, paddled and pushed her dad to the finish line to be presented with her first Barroness title and trophy. The Trinity Anglican School contingent in their sturdy Mad River TC2’s duelled well through the high rocks rapids but by Bilwon, Jacob Booij and Hayden Telford had secured BRC 20 bragging rights until the 8th Barron River Challenge. It was great to see the talented Footscray Canoe club paddlers Annette, Adele and John do the Gregory/Barron double this year. A committed Mat Colefax showed it was possible to SUP down the BRC50 entire course though the low levels meant that a seat and kayak paddle were required.
Lock in the 8th BRC50 split over the second weekend in May 2018- 12/13th May for a real northern challenge.
Thanks to the Tinaroo Canoe Club for this report and photos.