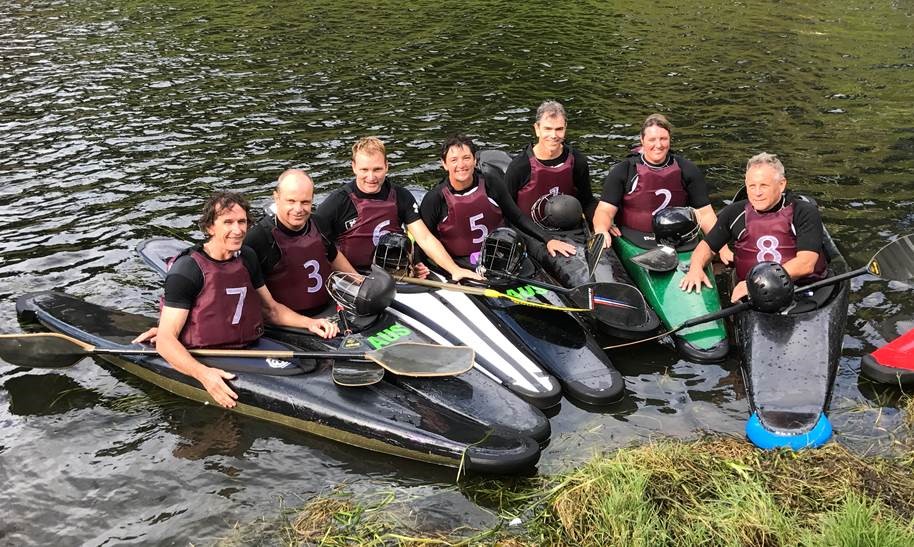 Congratulations to the Brisbane Buccaneers team who won gold in the Mixed 45+ division at the 2017 World Masters Games just completed in Auckland NZ.

The 2017 World Masters Games canoe events/results are available at www.worldmastersgames2017.co.nz/the-sports/schedules-and-results/canoe/

Thanks to Guy Stephens for the brief write up from the WMG’s below.

Brisbane Buccaneers had an even competition on our hands with Canada Crunch. In our first match against them we came through with 8 goals to their 4, but in the second round they rebounded to defeat us 3-2. The decider came down to the last moments of the final, with Judy Pacholke potting the winning goal and reversing the scores to 3-2 in our favour.

Due to the small number of teams in our division we also played in the Mixed 30+ division. These teams were named “Slackers” (NZ), “Code Bleu” (Canada) and “Dazed and Confused” (NZ), and were anything BUT, being comprised of players who are still actively competing at world championship level. We were very proud to come away with single digits on both sides of the scoreboard!

The North Shore Canoe Club did a fantastic job of hosting a very smoothly run competition on Lake Pupuke, and we were impressed at the great sense of camaraderie shown by all the teams competing at the event. Definitely a worthwhile way to spend a long weekend!