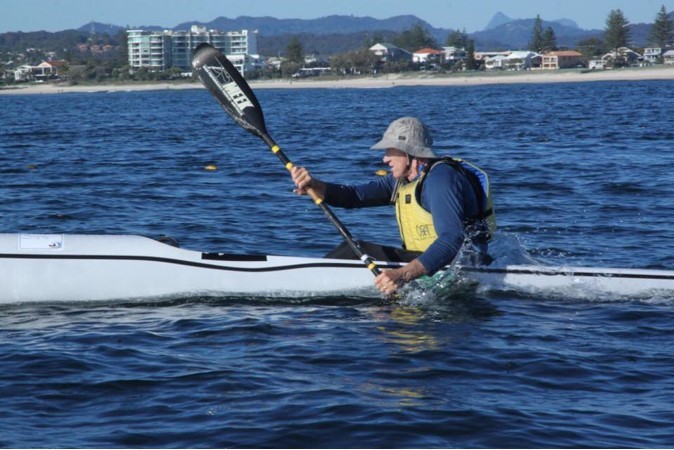 Rob started paddling in his early teens as a member of the Wynnum District Canoe Club. He later joined the North West CC in Mount Isa and the Indooroopilly CC.

He was a competent competitor in Sprint, Whitewater, Canoe Polo and Ocean Racing, however Marathon Canoeing became his passion.

Rob married Sarah, his soul mate, in 1991.
His mother, Dorothy, drove thousands of kilometres in “that van” to support and encourage him, along with his brother Duncan and sister Heather in their chosen sport.

He competed in National Championships and took on the 400 km Murray River Marathon many times in many classes, often with his sister Heather.

In 1988, with Chris Barnett, also from ICC, he competed in the first ever World Marathon Championships at Nottingham – they brought home bronze.

He was a fierce competitor and an all round good bloke.

Robbie’s Funeral will be held at Centenary Memorial Gardens, Wacol Station Road, Sumner on Tuesday 21st March at 2.00 pm. If you wish to attend please do not dress up – no suits or ties, high heels or stockings.

Bring a paddle for the Guard of Honour.