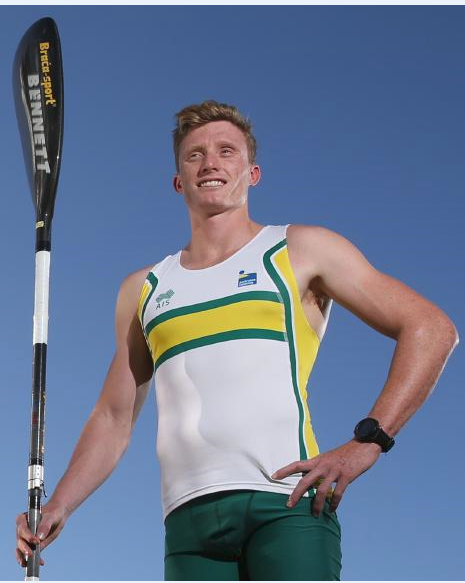 He also teamed up with Rio teammate, Riley Fitzsimmons, to win the K2 1000 and K2 500 titles, and was a member of the two K4 1000 crews that won races on Friday and Saturday.

Wood was a member of the K4 1000 team in Rio that finished a close fourth, and also competed in the K2 200 with fellow Olympic debutant, Daniel Bowker.

Paralympian Reynolds also completed a clean sweep on Sunday, adding the K1 200 to the K1 500 and K1 1000 titles she won on Friday and Saturday.

Another to impress over the weekend was Perth’s Jaime Roberts, who on Sunday added the K1 200 title to the K1 500 she won on Friday. She also teamed up with Shannon Reynolds to win the K2 200.

And there was a rare dead-heat in the final of the men’s K2 200. South Australians Callum Dunn and Tim Symonds finished in exactly the same time as fellow South Australian, Jared Lee, and Western Australia’s Sam McTigue.

Another local, Sam Germein, finished the weekend unbeaten when he won the Paracanoe K1 200 on Sunday.

In the canoe events, West Lakes Josephine Bulmer had a big weekend, winning the 200 metre event on Sunday to add to her 500 title, NSW’s Sebastian Marczak won the men’s C1 200, and then teamed up with Sabastian Wakim to win the C2 200.

A full list of results are available at https://regattas.paddle.org.au/?results=1134.

The second Grand Prix will be held in Sydney in February.