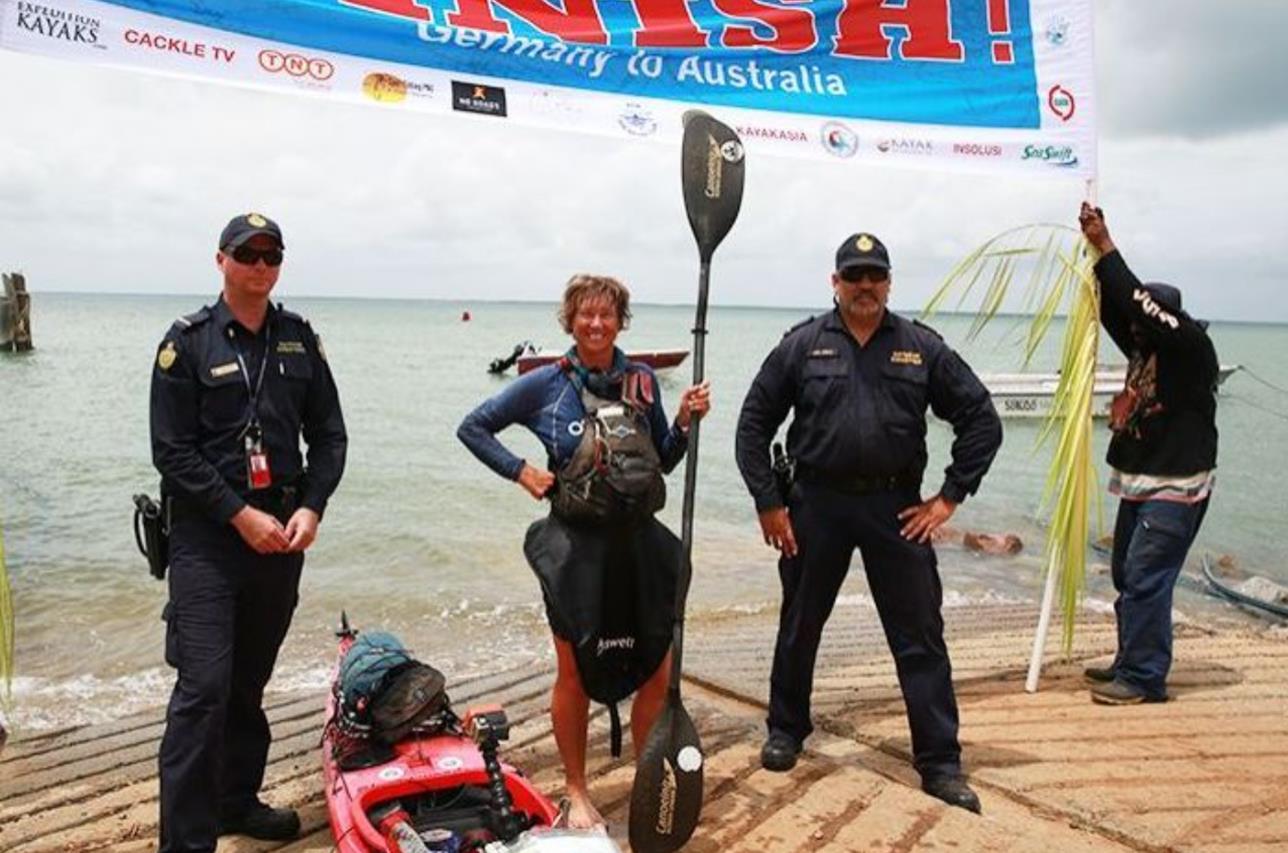 A Western Australian woman is back on dry land in Australia, following an epic five-and-a-half-year journey from Germany in a sea kayak.

Sandy Robson, 48, was welcomed by her father and the local community on Saibai Island in the Torres Strait after paddling more than 23,000 kilometres.

She said she was inspired by the voyage of German Oskar Speck in the late 1930s, who was locked up on his arrival in Australia because World War II had broken out.

“I was just captured by the journey he made and inspired to relive that journey in modern times,” she said.

Ms Robson said the final stage around Papua New Guinea, which included a bout of malaria and a run-in with pirates, was the most challenging.

“They didn’t have eye patches, but yeah, I did have some guys that grabbed onto my kayak in Papua New Guinea and were really hassling me and wanted me to land on a beach,” she said.

“I think if I had have landed there they would have stolen all my stuff, but I managed to talk my way out of it.”

Ms Robson said in the final week of her voyage, crocodiles were the main concern.

“I went down a waterway I probably shouldn’t have between two islands and there were so many crocodiles in that river,” she said.

“I’ve had some scary times coming through the big deltas of the Fly River and it was good to get past that and finally get to Daru and to Saibai.”

Ms Robson said she was pleased she could cope with the pressure of the solo trip and all the incidents that occurred.

“I’ve tried also to take something into myself from each of the different cultures as I’ve travelled across the world,” she said.

“I’ve been in 20 different countries — there are really fantastic things in each of those cultures that I’ve experienced.”

Ms Robson now plans to take a year off to write a book about her adventures.