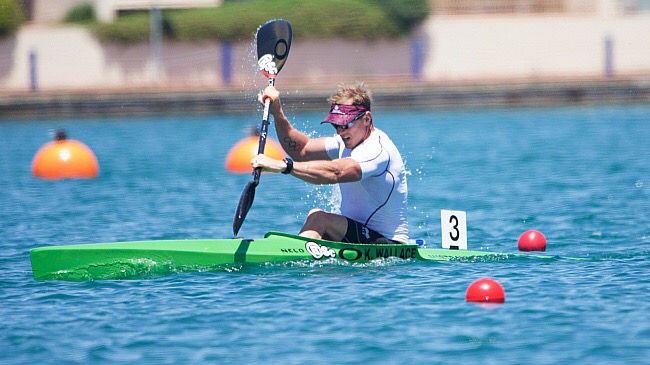 West Lakes regatta course is about to be set on fire as Australia’s best paddlers go head to head at the GP2/Oceania Championships, which doubles as the first Olympic selection race. The event, which begins on Friday, will feature several Queenslanders who together share numerous Olympic, World Championship and World Cup medals.

Some Queenslanders to watch out for who are up for Olympic selection:

Jacob Clear: As one of Australia’s most consistent paddlers, Jake is sure to impress in all boats. The current K4 1000 Olympic gold medalist will be sitting in the back seat of a newly formed crew with Ken Wallace, Lachlan Tame and Murray Stewart (NSW) who together are predicted to dominate.

Jordan Wood: Touted as one of Australia’s most promising up and comers, Wood will likely feature heavily across all 1000m events. As the current U23 K2 1000 World Champions, he and Riley Fitzsimmons (NSW) will be looking to cause an upset against favourites Wallace and Tame. He will also be one to look out for in the K1 event, with his recent results showing he is capable of big things.

Joel McKitterick: Sitting in seat two Joel will be joining Jordan Wood, Riley Fitzsimmons and Daniel Bowker (WA) in the K4 1000. Going in as the underdogs, this crew cannot be discounted. Whilst their main rivals may have more medals hanging around their necks, this team have the ability to go all of the way.

Alyssa Bull: As a former Kelloggs Nutrigrain Ironwoman, Alyssa has made a completely seamless transition to flat water kayaking. She and fellow Queenslander Alyce Burnett will be teaming up in the K2 500 in what will be a very tight race. After winning a bronze medal at last years U23 World Championships the crew have been making great progress and will be a real threat.

Alyce Burnett: With two U23 World Championship medals around her neck, Burnett is looking to take her paddling to the next level. Her best chance will be with fellow Queenslander Alyssa Bull in the K2 500. Her recent form also suggests that she will be at the pointy end of the field in the K1 500 after a win at Grand Prix 1 earlier this season.

Bernadette Wallace: As a long term Australian team member, Berni will be heading into this regatta with slightly adjusted goals. After a tough finish to 2015, being diagnosed with Melanoma, she will be racing with her heart on her sleeve and plans to “go out there and have fun… and don’t get sunburnt.”

Bill Bain: At the recent U23 World Championships Bill came home like a steam train to take out a silver medal. He will be looking to replicate that race this weekend in what is sure to be a hot final.

Jy Duffy: Training alongside Olympic and World Championship medalists, Jy is destined for success. Teaming up with Joel McKitterick in the K2 1000, the crew will be in the hunt for a podium finish.

Curtis McGrath: With Paralympic glory in sight in the KL2 200, Curtis is ensuring no stone is left unturned. All eyes will be on him as he lines up against the able bodies in the K1 200 in what will be a great race to watch. Whilst this regatta doesn’t act as a selection event for Curtis (he secured a quota spot at the World Championships), it will act as a perfect springboard ahead of a big season.

Susan Seipel: After a successful equestrian career, Susan has gone from strength to strength in the kayak. Her bronze medal in the KL2 200 at the recent para canoe world championships proves that she will be one to beat both Nationally and Internaionally.

Other Queenslanders to keep an eye out for in the senior ranks:  Brianna Massie,  Nadia Maddalena, Caitlin Gilliman, Hayden Cooper, Christian Lutz and Georgia Inglis.

These championships will run from the 12th – 14th of February. On top of the above mentioned athletes, there will also be a strong Queensland representation in the junior ranks.

The second Olympic selection trial will be at the National Championships in Perth from the 2nd – 6th of March.
More information can be found at the event website.